Pemmican is an age-old food that used to be a staple of Native Americans and European explorers. This mixture of meat and fat is extraordinarily calorie-dense and stores well over long periods (up to 50 years), making it perfect for the modern outdoorsman or a Prepper in need of a trustworthy food source for survival. Making pemmican used to be a labor-intensive process - however today’s modern kitchen appliances mean that making pemmican is easily performed in your kitchen in just a few hours. Check out our easy step by step guide to making pemmican below (or here are some pre-made options)!

Pemmican is a mixture of meat and fat, although the exact recipe is open to interpretation. The food originated with the Native Americans, many tribes of whom made variations of the pemmican adopted by European explorers and that Preppers continue to use today. In fact, the word pemmican itself came from the Cree word for “fat.”

This long history partially explains the variation in pemmican recipes among different chefs and outdoorsmen. While Native Americans typically made pemmican with bison meat, the recipe has evolved to include any type of lean meat, including beef, elk, and deer venison.

In addition, pemmican often has numerous additional ingredients added for taste and texture. Dried nuts, fruits, and seeds are commonly included in pemmican, and it is possible to add sweeteners like honey to further customize the taste.

There are a number of advantages to pemmican that make it one of the best survival foods you can make. The first, and most important, is that properly dried and stored pemmican can last for years without spoiling. In some extreme cases, canned pemmican from the early 20th century has been found to still be edible nearly 100 years later. This is extraordinarily important for survival situations, since it means that pemmican can be stockpiled as part of your emergency kit potentially years ahead of time without expiring – something that few other emergency foods, even dried foods, can claim.

The ability to store pemmican without worrying that it will spoil also means that pemmican is much easier to transport than other foods. There is far less need to worry about keeping pemmican cold compared to other foods, so you don’t need to find a way to refrigerate it or make ice while dealing with the other demands of a survival situation.

Pemmican is also extremely calorie-dense and nutritious – it’s essentially a superfood when disaster strikes. The high fat and protein content of pemmican will help to keep your body fueled and your muscles recovering after long days, which is essential since carbohydrate-dense foods cannot satisfy the same requirements.  Fats and proteins also provide far more calories per gram than carbohydrates, which means that a smaller supply of pemmican will last you longer than an equivalent amount of carbohydrate-rich foods.

The final advantage to pemmican is that it can be made in the field during a survival situation. If you are able to hunt and can skin whatever game you kill, you can use the meat and fat to make a basic version of pemmican similarly to how Native Americans made pemmican hundreds of years before electronic kitchens. This means that knowing how to make pemmican can be the difference between being able to store and transport the meat and fat from a fresh kill and having to leave behind perfectly good food for lack of a way to keep it.

The first ingredient in pemmican is meat. While Native Americans traditionally turned to lean bison meat for their pemmican, nearly any meat will do and modern pemmican is most frequently made with beef. If you do use beef, using leaner cuts such as the shoulder or thigh of the cow will give you the best results when it comes time to dry the meat. For hunters and in a survival situation, deer and elk venison or moose meat are all perfectly good bases for pemmican.

Fat is the second essential ingredient in pemmican. For traditional pemmican, the same animal was most frequently the source of both the meat and fat. While this could hold true for modern hunters, it can be difficult to recover enough fat from lean animals like deer and elk. Instead, beef fat is the most commonly used type of fat in most homemade pemmican today and pork fat is another readily accessible alternative.

While meat and fat form the base of pemmican and are all that is strictly required, many people like to add additional ingredients to customize the taste and texture of their pemmican. Using these additional ingredients, pemmican can be given distinctive tastes and flavors – it is even possible to make sweet, spicy, or tangy pemmican by mixing together different ingredients.

The additional ingredients in pemmican can be categorized into “dry” and “wet” ingredients. The dry ingredients are any dried foods that you want to add, such as nuts, dried fruits, and seeds. The limits are only your imagination and willingness to mix disparate foods together – sugar, chocolate, and exotic spices are all possibilities. However, when considering what you might add to your pemmican, remember that it is essential that these dry ingredients are themselves well-preserved so that they do not cause your pemmican to spoil over its potentially years-long shelf life.

Wet ingredients are liquids and semi-solids like honey, vanilla extract, peanut butter, caramel, and maple syrup. As for dry ingredients, you are limited only by your taste buds and the rule that whatever ingredients you add should be shelf-stable without refrigeration for years to come.

Ingredients for Pemmican Recipe (Our Version)

As you may be able to tell, the number of Pemmican recipes available can be staggering.  For our version, we have kept it rather simple and used the following:

​The first step is to dry the meat until it is brittle. Cut the meat into strips as thin as possible and rub them with salt – the more salt you add, the longer the shelf life of your pemmican will be. Then either place the strips on a drying rack in full sunlight or into your oven at its lowest temperature setting. If you are drying large cuts of meat, placing the strips directly onto the oven rack will work best.

​Once the meat is dried and brittle, grind it up into a powder using either a food processor or blender. In a survival situation, this can also be done by grinding it with a rock similar to a mortar and pestle.

​Cut the fat into pieces as small as possible, then heat them on low in a crockpot or on the stove. (In a survival situation, cook the fat over embers.) This process will take several hours and is finished when the fat stops bubbling – be sure to stir the pieces of fat occasionally. Once the fat is rendered, strain it through a cheesecloth to remove any burned or solid bits.

​If you are adding any dry ingredients to your pemmican, now is the time to combine them with the meat. Mix them up thoroughly in a large bowl.

​Pour the rendered fat into the meat mixture, using one part of fat for every two parts of dried meat. Don’t be afraid to use more fat since some recipes call for as much as a one-to-one mixture of meat and fat.

​If you are adding any wet ingredients, mix them in now. Be sure that you do not make the pemmican too runny, although if you do you can add almond meal to improve the consistency.

​You can make pemmican bars by pouring your mixture into a casserole dish and allowing it to harden, or use you hands to form pemmican balls. I made balls to store in vacuum sealed bags.  Great for emergency stashes or hiking!

When your batch of pemmican is finished is when the truly important step begins: storage. While pemmican can last for decades, it can also spoil within a week if it is stored improperly and eating spoiled pemmican will almost certainly leave you with a dangerous bout of food poisoning. If you’re relying on pre-made pemmican to get you through a survival situation, finding out that your pemmican is spoiled and developing food poisoning can be deadly. Thus, it is essential that you take extreme care that your pemmican is properly stored in airtight containers and check on it from time to time as you would any of your other emergency preparedness supplies to make sure the containers are intact.

The best way to store pemmican is in vacuum-sealed containers, since these allow you to most effectively remove air – one of the key ingredients that bacteria require – from your food. While Ziploc bags can work, simply squeezing air out of the bags before sealing them off is not a safe method for storing pemmican for long periods. For even better results, add desiccant packs to your airtight container before sealing it since any humidity will allow the fat in your pemmican to eventually turn rancid.

Once your pemmican is packaged, keep it in a dark, cool area such as your basement. The reason for this is that light can also contribute to turning the fat rancid over periods of years, while warmer temperatures speed up bacterial growth and spoilage. Be sure to keep the pemmican on a shelf so that any mice or other critters can’t burrow into your food supply.

Try it for yourself!

Pemmican is one of the best survival foods thanks to its high fat and protein content that provides an extremely high calorie to weight ratio. With careful storage, pemmican can last for many years without spoiling in your emergency preparedness kit. Best of all, this versatile food is easy to make at home and can even be made in the field during a survival situation. 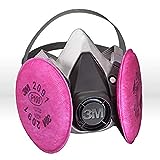 Schrade SCAXE10 11.1in Full Tang Hatchet with 3.6in Stainless Steel Blade and TPR Handle for Outdoor...
$21.99
Buy on Amazon 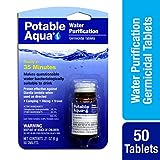