Prepping for a disaster situation is important, but unfortunately it can also come with a financial burden. Stockpiles of food, water, equipment for security, shelter, and heat can all add up financially. What is the right choice to make as you prepare your home for a disaster? How does a debt free lifestyle factor into the prepping journey? Let’s explore what it means to balance out prepping needs with paying off the largest single debt you will ever have – your mortgage.

All Else Being Equal - Put Prepping First

It may run counter intuitive to most personal financial advice you’ll find, but it’s important to put prepping over repaying your mortgage when you are starting out. There’s a critical reason for this: if you don’t have the proper supplies to survive a disaster, what good did all those extra mortgage payments do for you?

The goal behind every mortgage is for you to eventually own your house outright. But to get to that point, you need to be able to survive any emergency that happens along the way. Having the basic level of Prepper Supplies should take precedence over making early and extra payments to the bank for the short term.

A full-blown survival situation, whether caused by a storm, earthquake, or political upheaval, is more than likely in that time period. So, it’s important to prepare in the short-term for events that are likely to happen sooner than the end of your mortgage.

When considering financial independence, having an emergency fund is a very important element. If you suddenly loose your job and find yourself out of a paycheck, having savings to tide you over is critical.

You won’t hear this advice from Dave Ramsey, but what if part of your emergency fund was invested in freeze dried survival food? My favorite from Augason Farms last for 30 years! If you find yourself in an emergency situation, having a 30 day supply per person in your house would be ideal!  What about if you found yourself out of work? Food is something you certainly could fall back on. I would argue that if you were down to your last dollar, your emergency food could help tide you over just like emergency cash could help.

I would argue that everyone should consider a 30 day supply of food per person in their house as well as am ample supply of emergency cash as a vital element of prepping supplies and also a vital emergency fund to help protect your financial security!

During a Disaster, Focus on Survival

The same mortgage hiatus mindset should apply from the moment a disaster strikes. If you don’t come out the other end of a survival situation, all your previous mortgage payments won’t have accomplished anything for you.

Banks are very unlikely to come after you in the midst of an emergency. For example, in the wake of the 2008 financial crisis (in effect, an economic disaster) banks typically took several months to years to foreclose on debtors’ homes. You also don’t hear about lending agents roaming through deserted streets next to National Guard troops in the wake of large-scale natural disasters like hurricanes.

At the end of the day, your bank will be happy to know that you survived a major disaster. Remember, it’s in their best interest to have you alive and able to make payments. Plus, if you’ve got homeowner’s insurance and your house suffers damage, you could be in line for a major payment that could easily make up for your missed mortgage payments.

Yes Payoff Your Mortgage – But it Takes Time!

Every Prepper dreams of fully owning their own home, ideally one that’s capable of running off the grid and self-sustaining no matter what happens in the outside world. It’s a tempting vision that blends the dream of home ownership with some of the best survival preparation strategies.

But remember, most Preppers can’t attain full ownership of a fully prepared home – at least, not in the near-term, and not without sacrificing emergency preparedness if you are staring from scratch. It can be hard, but don’t let the ownership dream pull you off the path of steady prepping and into a possible debt trap. Keep the dream in mind and work towards it but be realistic about your ability to fund disaster supplies and equipment while also paying off a mortgage. 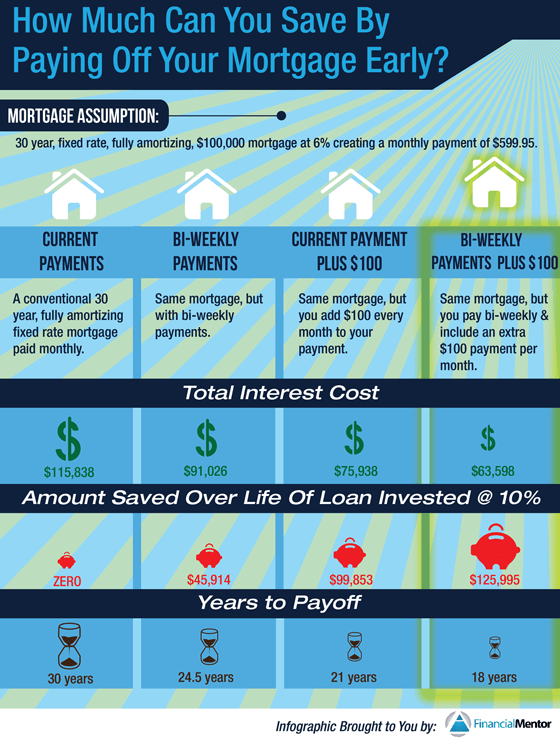 Bottom Line – Have Emergency Preps First, Then Payoff Your Mortgage

Many Preppers find themselves trapped between mortgage payments (and other debts) and the high cost of prepping. In this case, it’s extremely important to prioritize prepping while starting out – survival is far more important than paying off debt when a disaster situation strikes, and preparedness is the key to survival. Be realistic about your personal finances before taking on a mortgage or committing to pay off your current debt, and don’t let the dream of owning your own self-sufficient home outright spoil your efforts at emergency preparedness.

Schrade SCAXE10 11.1in Full Tang Hatchet with 3.6in Stainless Steel Blade and TPR Handle for Outdoor...
$31.42
Buy on Amazon